Joshua Louis Hayes is a British Born Designer with British and French heritage. Born in 1989, he spent his education studying Fine Art and Design, before working professionally as a Graphic Designer, Art Worker and Photographer from the age of 19. Based in London and operating across locations including New York, Dubai, Abu Dhabi and Monaco; Josh's work made covers and features of National and International magazines, creating an ever-growing list of clientele from business, music, Formula 1 and motorsport. Prior to working professionally, Hayes had produced artwork for the likes of American singer-songwriter Kesha.

Following requests in 2011 to create artwork for merchandise/accessory collections by a variety of established British and European brands and personalities, Josh launched his own self-titled label in 2012. 'JOSH HAYES' released his debut collection in December of that year; Initially producing limited small leather goods and smartphone protection that integrated his own graphic-based art with his love for fashion. His collections of protective smart phone cases were retailed across London and surrounding counties, as well as online through the brand's website. Throughout 2014 and 2015, the brand's client base grew worldwide, across Europe, Australia, America and Asia, including International music artists Pia Mia and Angel Haze, who have both sported pieces from JOSH HAYES collections.

In 2017 JOSH HAYES began work on the LOUIS CAPSULE SERIES, pursuing his ambition to elevate and create some of the most exceptionally constructed luxury goods in the world. Taking his time to discover the finest artisans in Italy to create his new collections, the LOUIS CAPSULE SERIES in Spring 2020 were the first pieces to be released in over 4 years.

"For me, when I'm choosing to buy a premium product, I'm looking for a piece of art but with true utilitarian functionality. I want it to last, whilst upholding the beauty and quality that was intended with my original vision." 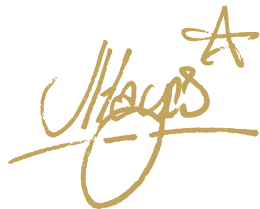